Maryellen  and Felicity are working together in the kitchen.

I asked what they were making and they said it was peanut butter cookies.

“But just wait until  you taste the pies we are going to make!!” Felicity told me very excitedly. “Thanksgiving pies are the best!!”

“We wanted to ask you something.” Maryellen spoke up.

“Yes, we did want to ask you something” Felicity echoed.

They looked at each excitedly. Then Felicity nodded at Maryellen for her to ask.

“We wanted to have a pie baking contest!!!” Felicity couldn’t hold in her excitement and burst out with ” Wouldthatbeallright.. willyoujudgeit??” She said it so very fast the words ran together and sounded like one word. 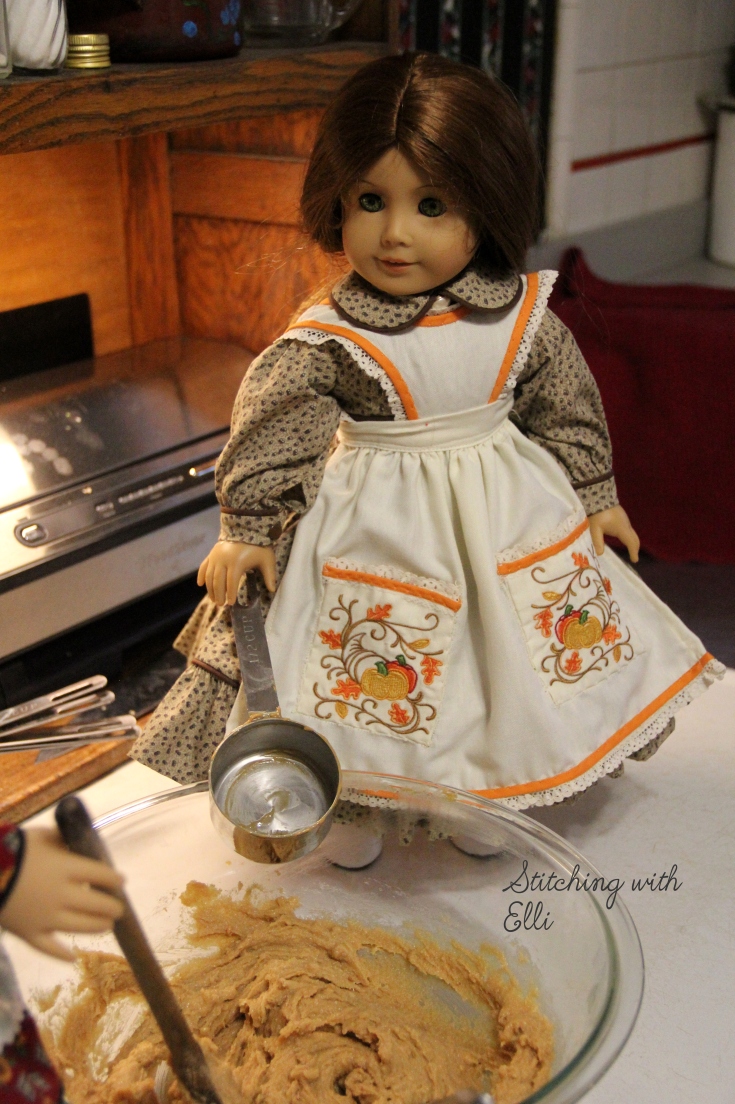 Maryellen went on to explain that they were hoping to bake two pies and have a competition for the prettiest one. (Now two pies may not seem like a lot to you…but dolls don’t eat a lot so two pies is about all they can handle!)

The more complicated part of their plan was that  they wanted to invite all the readers on the blog to share pictures of their pies  too! I must admit that sounded like fun to me as well 🙂 I used to make pies but I haven’t made any in a while. When I was younger all the kids would contribute a pie to the Thanksgiving meal. Mother made the meal and the sides etc….but the kids made  pies. (Mother made some as well, but we had a lot of people in our family so needed a lot of pies 😀 )

So what do you think? Would you like to participate in a “virtual pie contest” for bragging rights 😉 ?  Well, unless someone can figure out how we can taste everyone’s pie over the internet….that would be fun! 😀

P.s Felicity’s apron was made using designs from embroidery Library.

5 thoughts on “Thanksgiving baking is underway!”