Time For another Giveaway!!

It has been raining here…I know there have been a lot of raining days on this blog. But that is because it keeps raining!!!! I’m not very fond of rain lately. The Dolls are mostly spending their time reading because they can’t play outside. Ruthie and Elizabeth wanted me to have another Giveaway. They said it had been a while since we had one (which is true)

Ruthie is very excited to show you what is hiding behind her back….what do you think the giveaway will be? 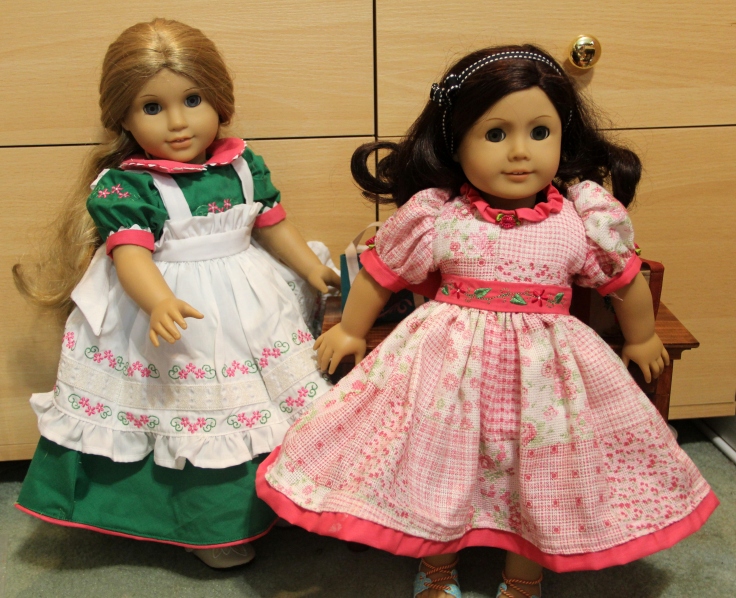 Ruthie said to give you a hint and tell you that….it isn’t an elephant! 😀 Ellen was walking by on her way to the kitchen to get lunch  and said that was silly….but funny 🙂

Elizabeth volunteered to say that it isn’t a dress.

What do you think it could be??

Ta-DA! Little tote bags for dolls…or purses…or gift bags…or you could use them for a lot of things. (“But not to carry elephants” laughed Ruthie. Which made Elizabeth giggle again and ask why Ruthie was thinking about elephants so much.)

“Each strap coordinates to match the fabric or the pattern”

Ruthie was impressed with the way Elizabeth showed off the bags….said she was as good as a thirty-one consultant 😀  That comment led to them both getting the bright idea to pretend it was a commercial. They had a friendly competition  trying to one-up each other in sounding like the best presenter.

“This Cheerful pink bag will brighten any day! The beautiful embroidery has lovely morning glories surrounding the phrase “It’s a good day to have a good day”. (design from Embroidery Library) 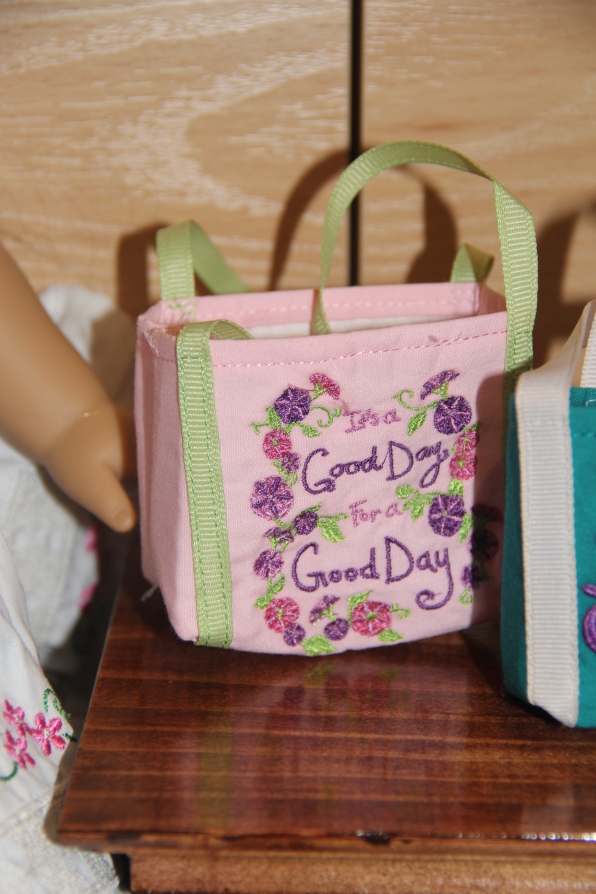 “Or if you don’t like florals try our all purpose “Books and stuff” tote! heavy duty straps to help carry all your books!” chimed in Ruthie. (design from Embroidery Library)

“Christmas is just around the corner! how about the Deluxe  Christmas tote!!” She continued….at which point Elizabeth interrupted to ask what was deluxe about it. Ruthie paused and then admitted with a grin that she couldn’t think of anything, just it should sound fancier since it was Christmas themed. (The gingerbread applique from Designs by juju)

And finally there was the Texas themed bag….which Elizabeth said could “show off your state pride! or if you didn’t live in Texas… it was a pretty bag anyway!.” (design from Embroidery library 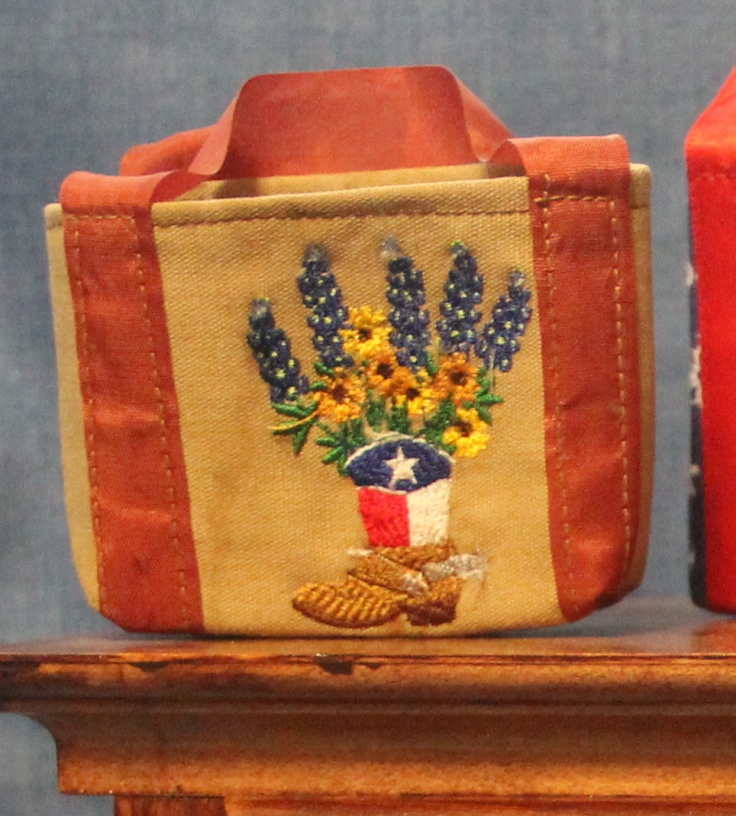 Elizabeth thought the pink bag worked as a great purse! 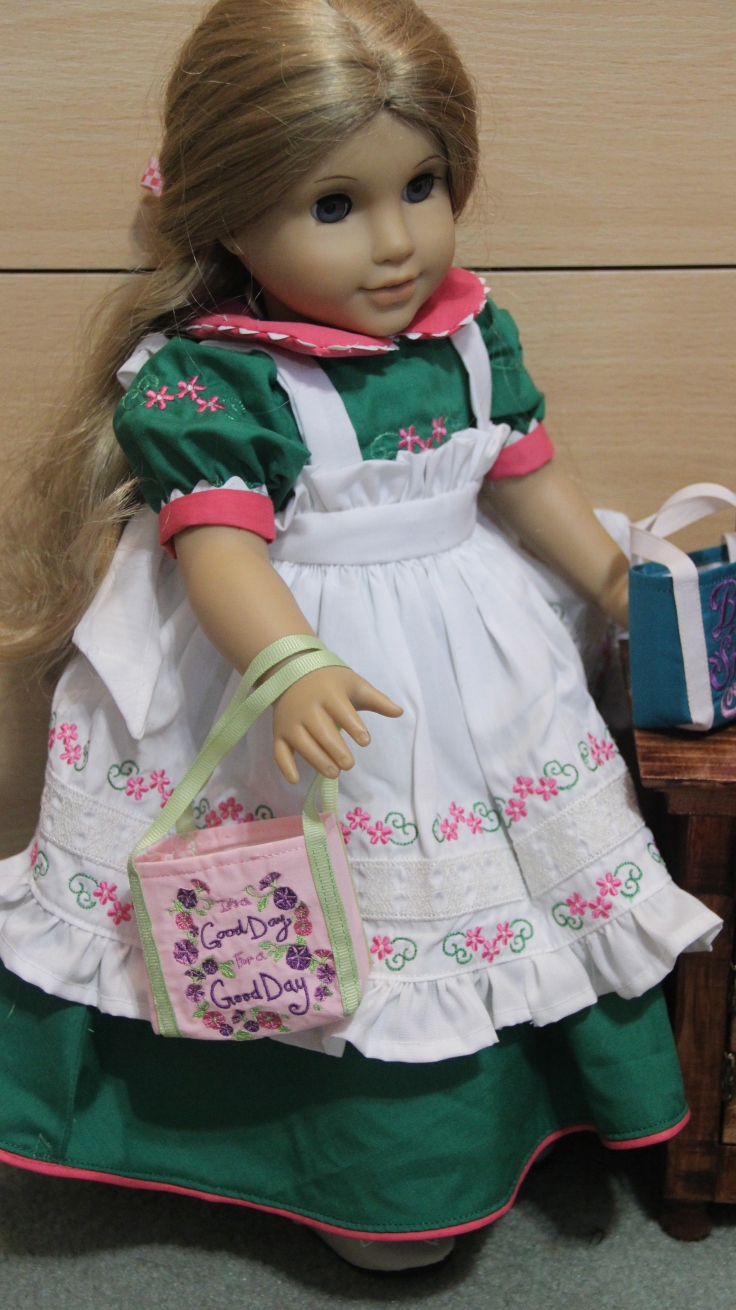 Then Ruthie suggested that people might want to see the back of the bags. She said that might be important since the bags wouldn’t be facing frontwards all the time. 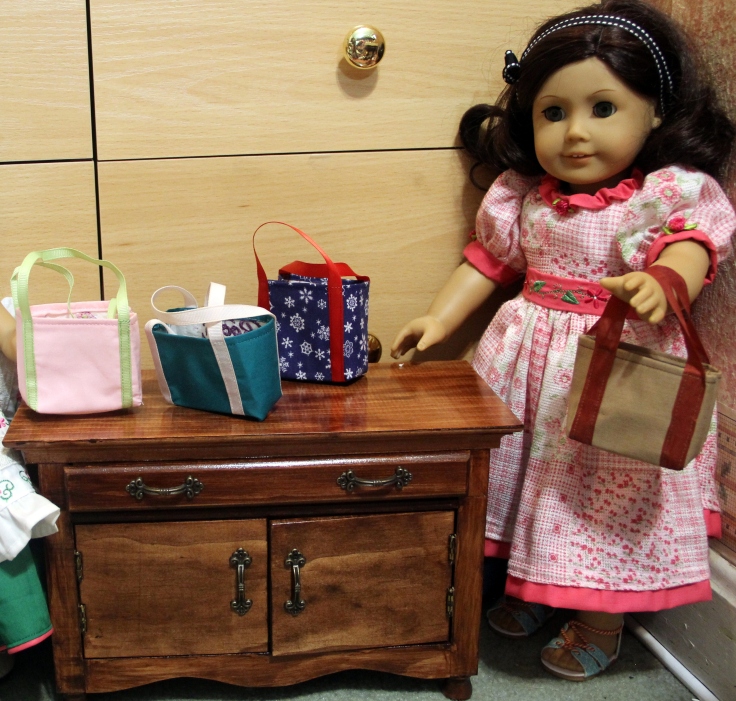 To enter the giveaway just comment below which bag you would like! There will be three winners…1st place picks their bag…then 2nd place picks…and finally 3rd place get to pick the one they want. Full disclosure- due to accident with Blue Bell ice cream the Texas bag has a little smudge of ice cream on it. (Ironic that the Texas one got Blue Bell ice cream on it LOL!) anyway I’ll be washing it…but in case I can’t get it clean that one may be withheld from the giveaway…or if anyone really wants that one I can make another one. No worries! 😀 I will also be offering this giveaway on Instragram…and if anyone wants to share this post on facebook I would be grateful!!! It is always so fun to get new readers 🙂

The giveaway will be open for a week! 🙂

Edited: The winners have been posted here!

25 thoughts on “Time For another Giveaway!!”