There are dolls in the kitchen again!….this time it is Nellie and Josefina.

Josefina promised to help Nellie do cutout cookies. Instead of sugar cookies, they are going to make Pepparkakors. They are a roll out Norwegian ginger cookie. 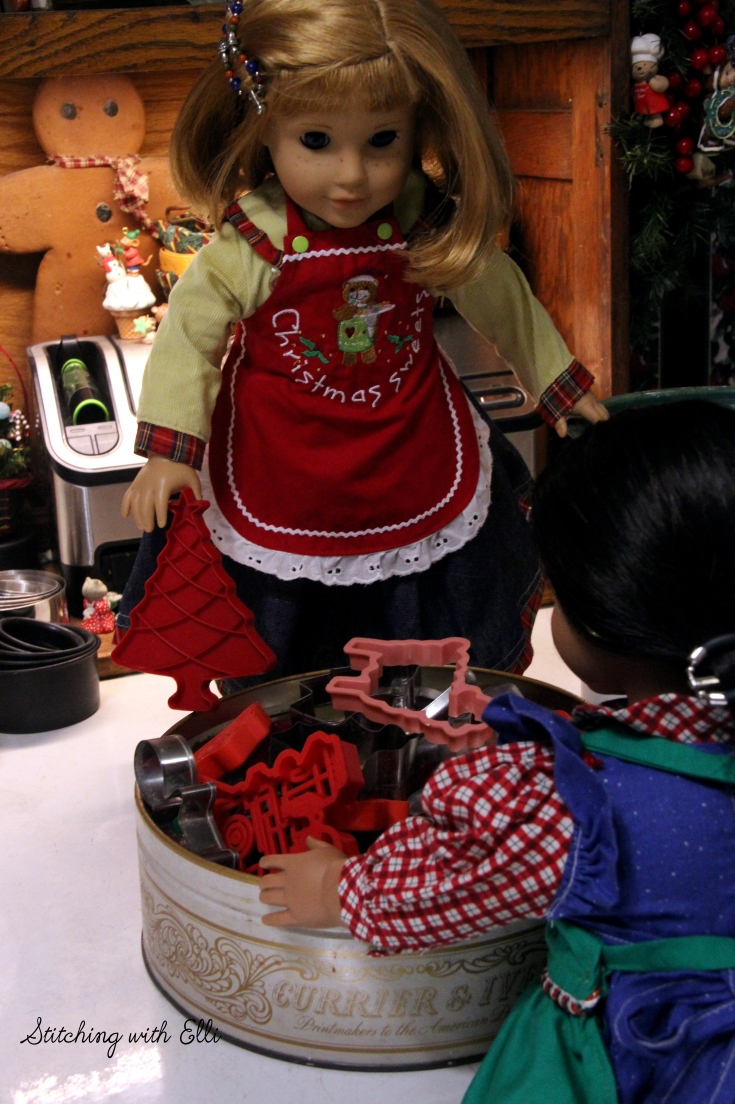 ” I made the dough already, so it is time to roll them out. But first, pick out your favorite cutters, Nellie.” Josefina told her.

“A Scotty dog!!! I like this one!!” Nellie squealed as she waved it wildly in the air. 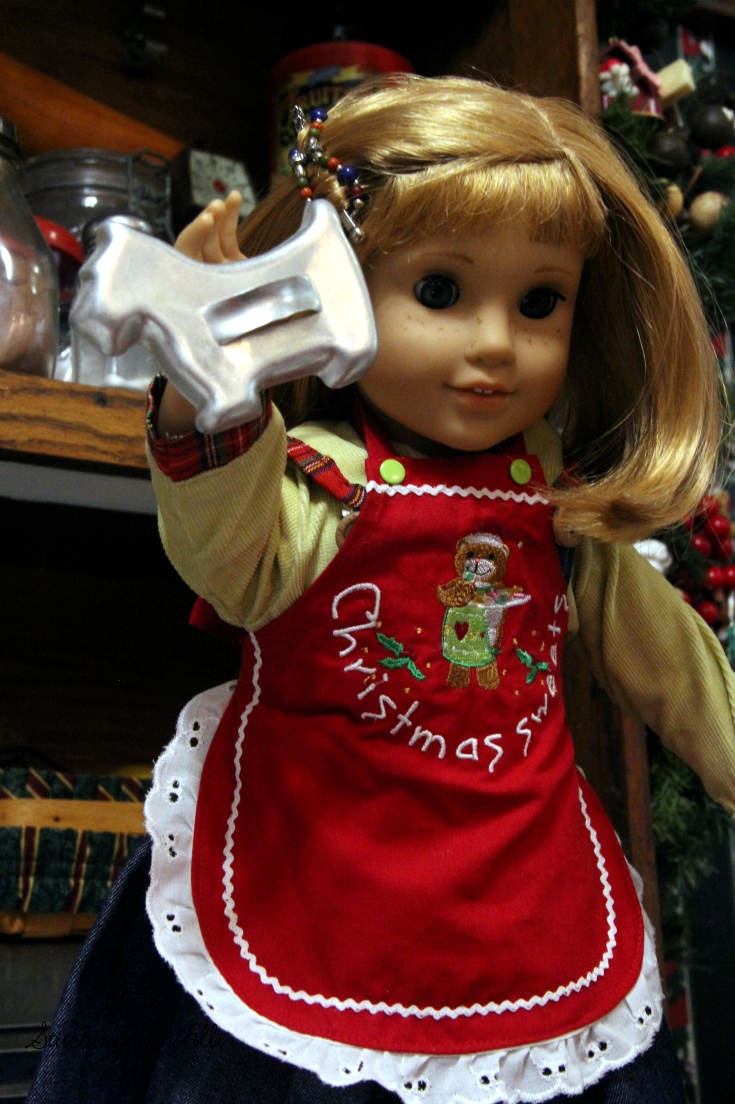 They each picked out 3 or 4 of their favorite shapes.

“I think that tree is juuuuust right”, Josefina assured her. 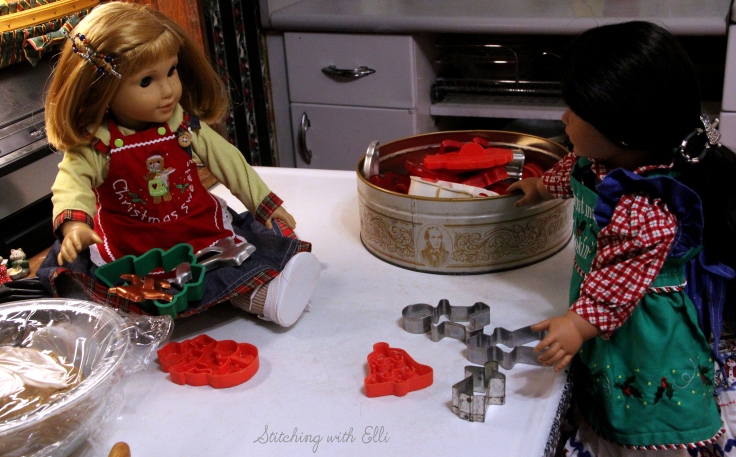 “What is next?” Nellie asked impatiently.

“Nex,t we get the dough out of the refrigerator and roll it out!” Josefina explained. 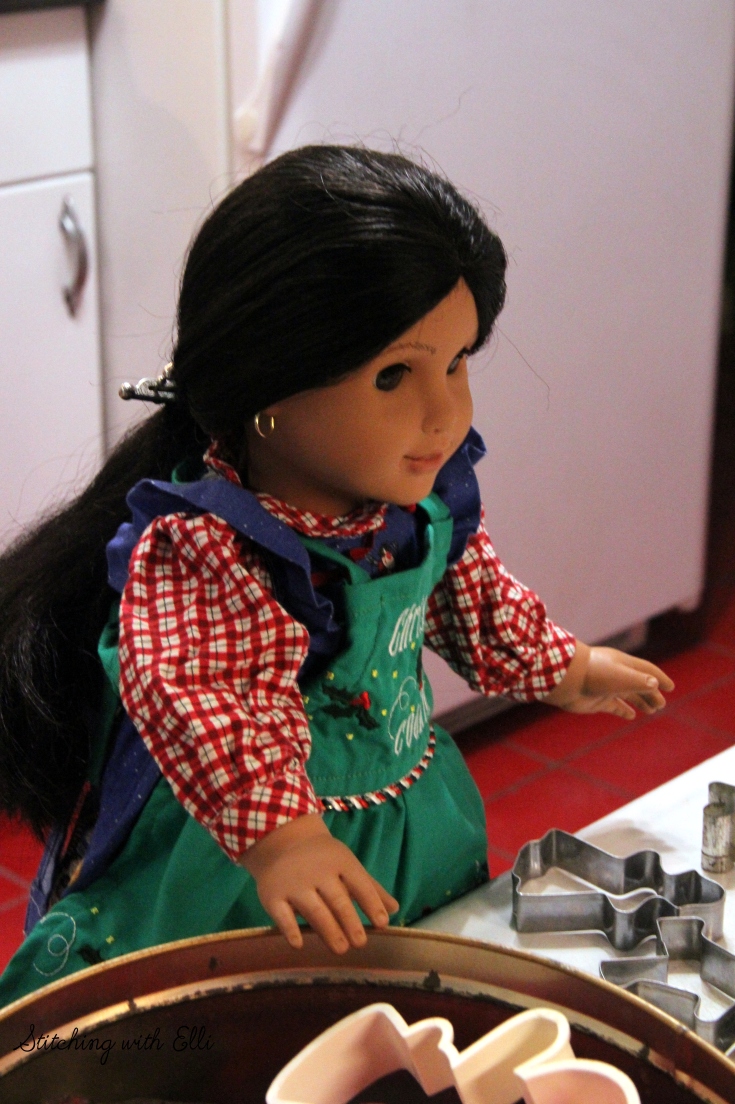 They didn’t have any issues getting the dough out of the refrigerator and up on the counter…but they did have a big problem getting it out of the bowl.

Josefina kept prying at it. Nellie just got impatient turned the whole bowl upside down and whacked the bottom of the bowl and bounced on it. 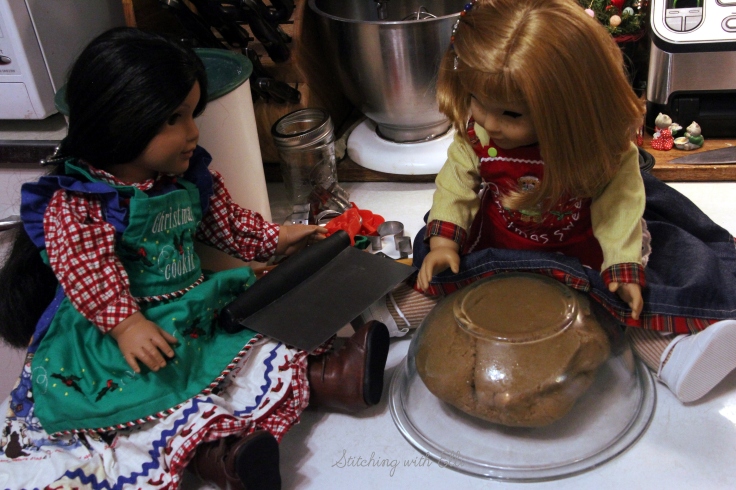 “Come on you stubborn dough!!” Nellie fussed at it. “Get out of the bowl so we can roll you out and cut you up and then bake and eat you!”

Josefina laughed and said “Maybe the dough is scared to come out of the bowl if you describe it like that.”

“mmm, It needs to do it’s duty and come out of the bowl….Ah HA! there it comes!” Nellie replied.

Then, there was a further complication of it being so stiff they couldn’t break off a piece. They got a “blade thingy” (Nellie’s name for it) and worked together to cut it in two pieces. 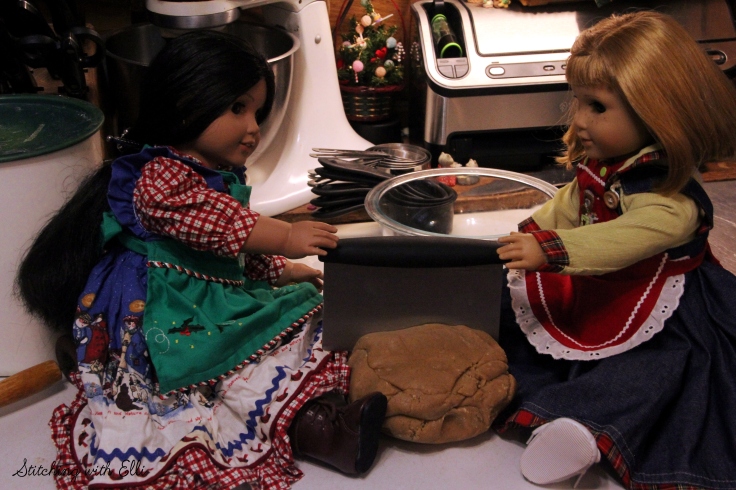 They got it apart and then Josefina took over the next step, rolling out the dough. 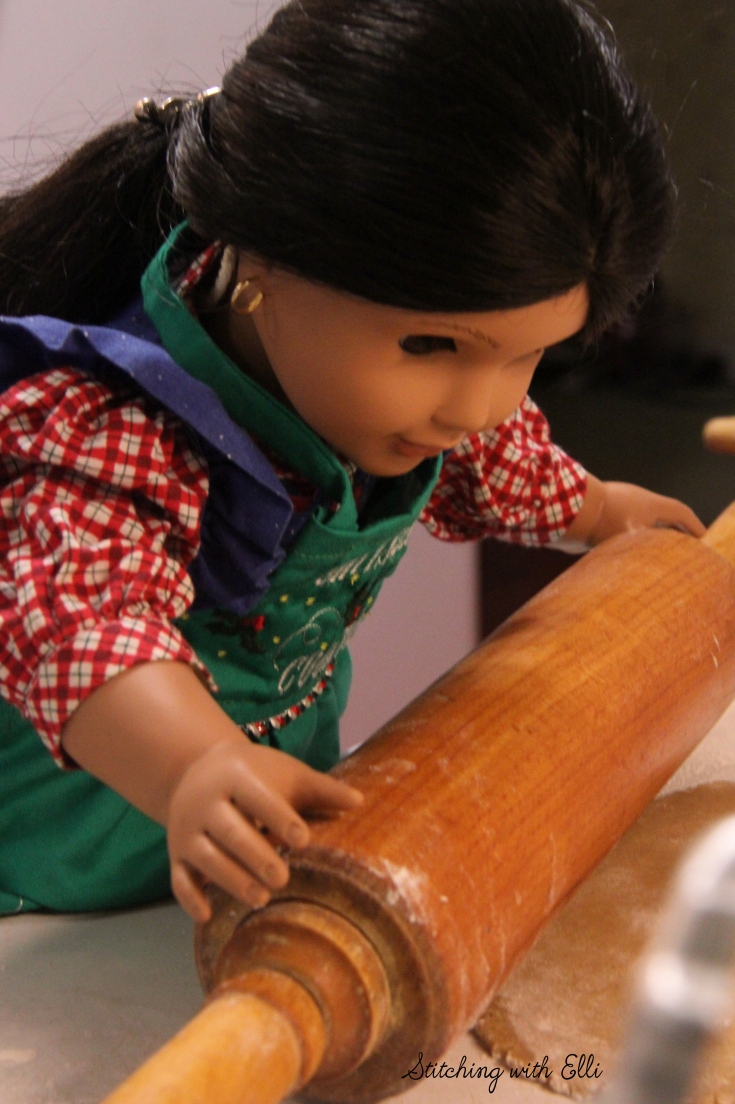 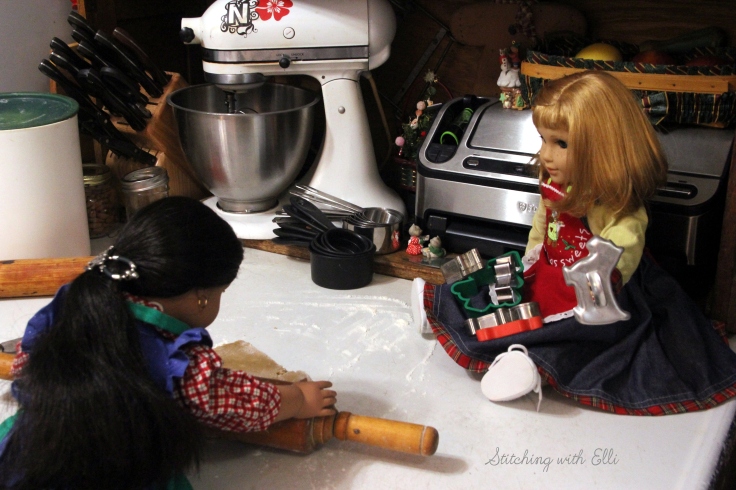 “Not yet. It isn’t thin enough yet.” Replied Josefina.

(pause while Nellie watches for a few more minutes)

“What about now? Is it thin enough now??” 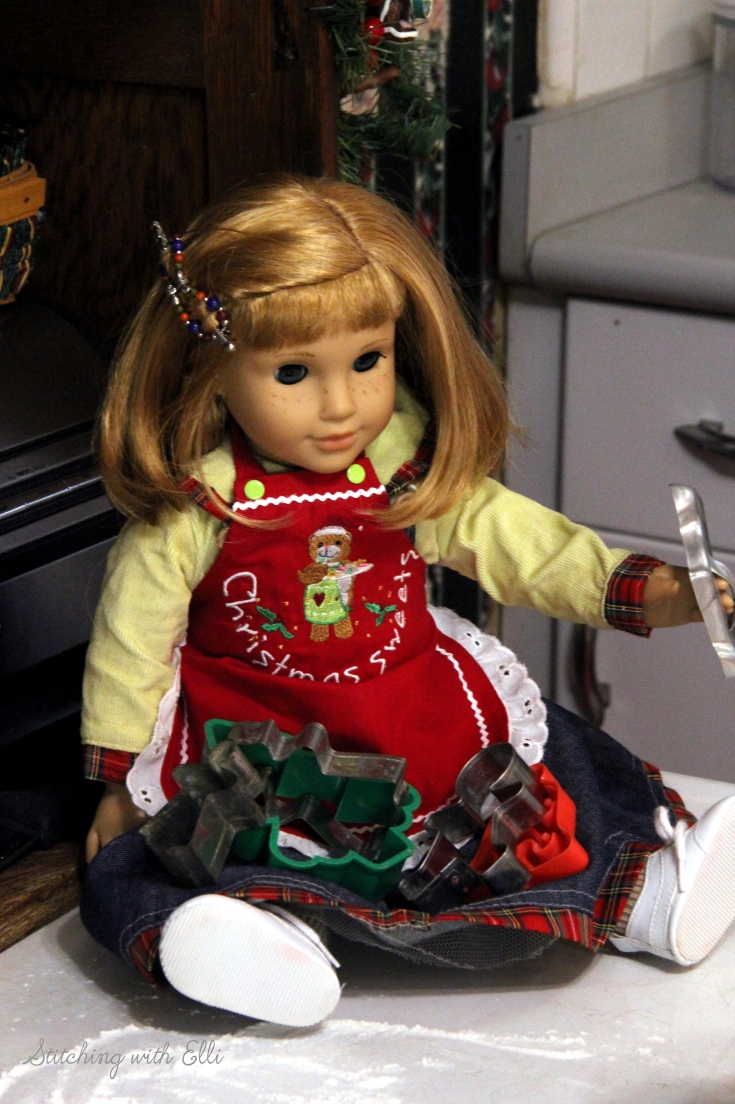 “Yes! yes I do believe it is,” Josefina answered with a smile.

“Yay!! squealed Nellie jumping down to switch spots with Josefina. 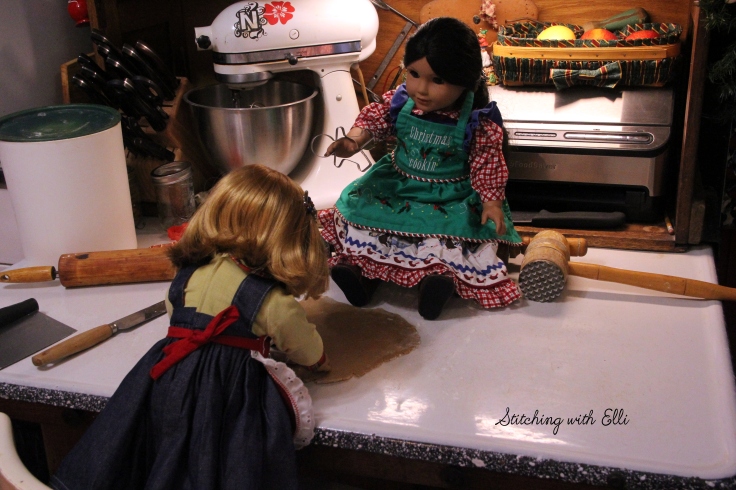 “Just take your cookie cutter and line it up close to the edge so it won’t waste too much dough,” Josefina instructed. “When you are sure it is in the right spot, push down all around the edges.” 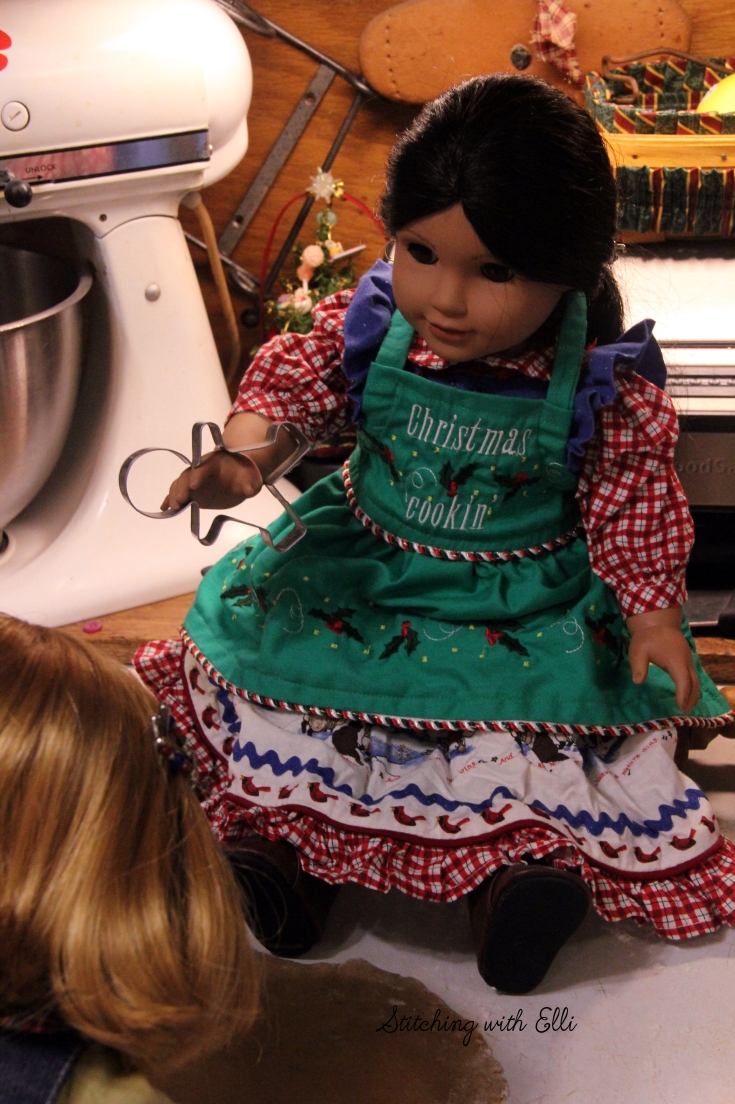 “Whoohoo!! I did it!!” Nellie declared triumphantly. 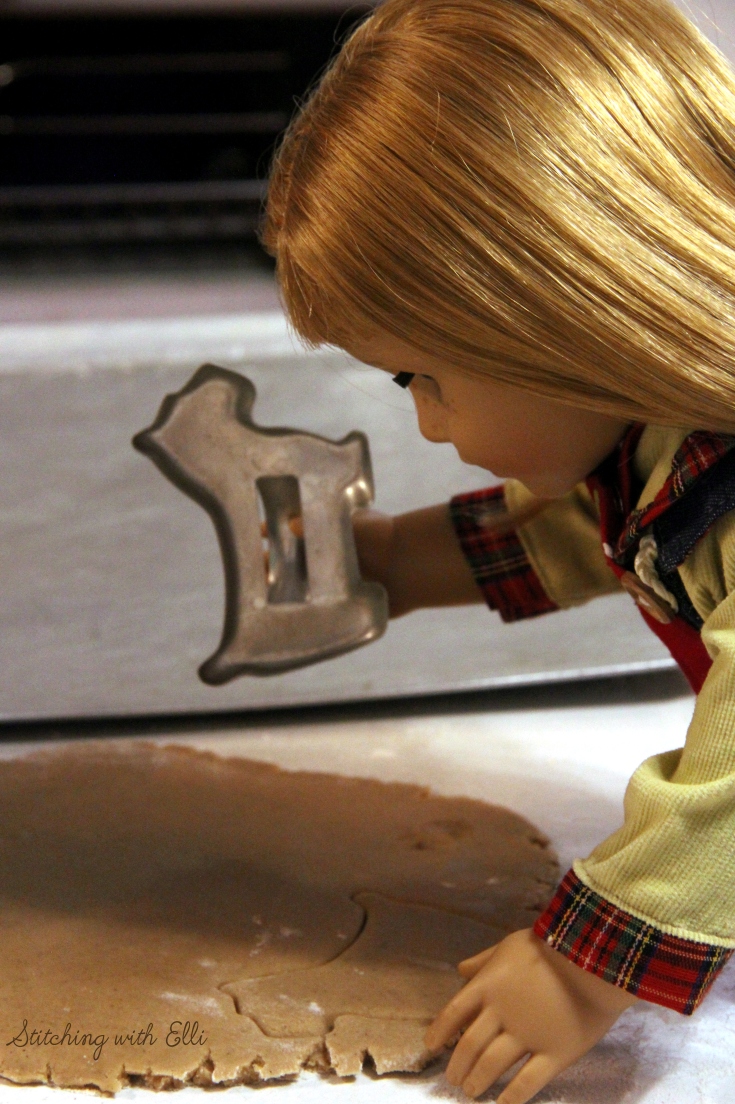 Josefina then showed her how to take a spatula to pick it up and move it to the cookie sheet. 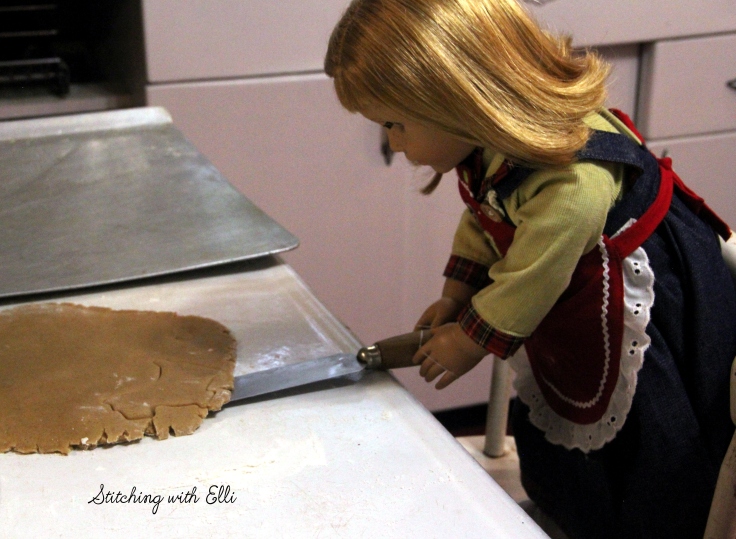 “Careful, don’t stretch it and mess up the shape!” cautioned Josefina. 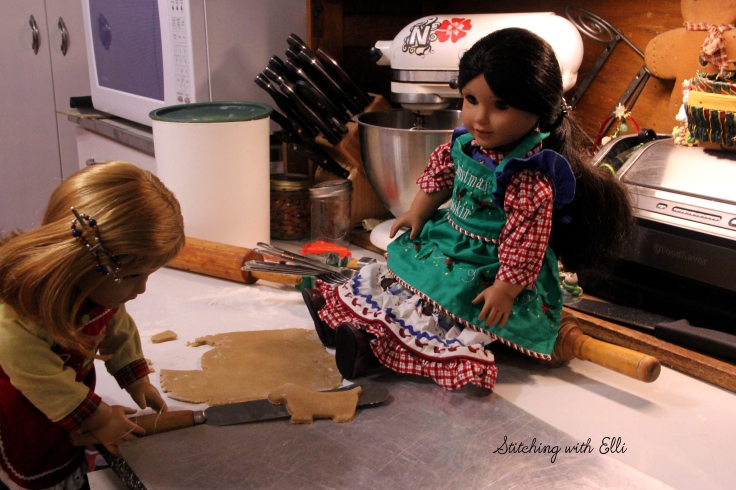 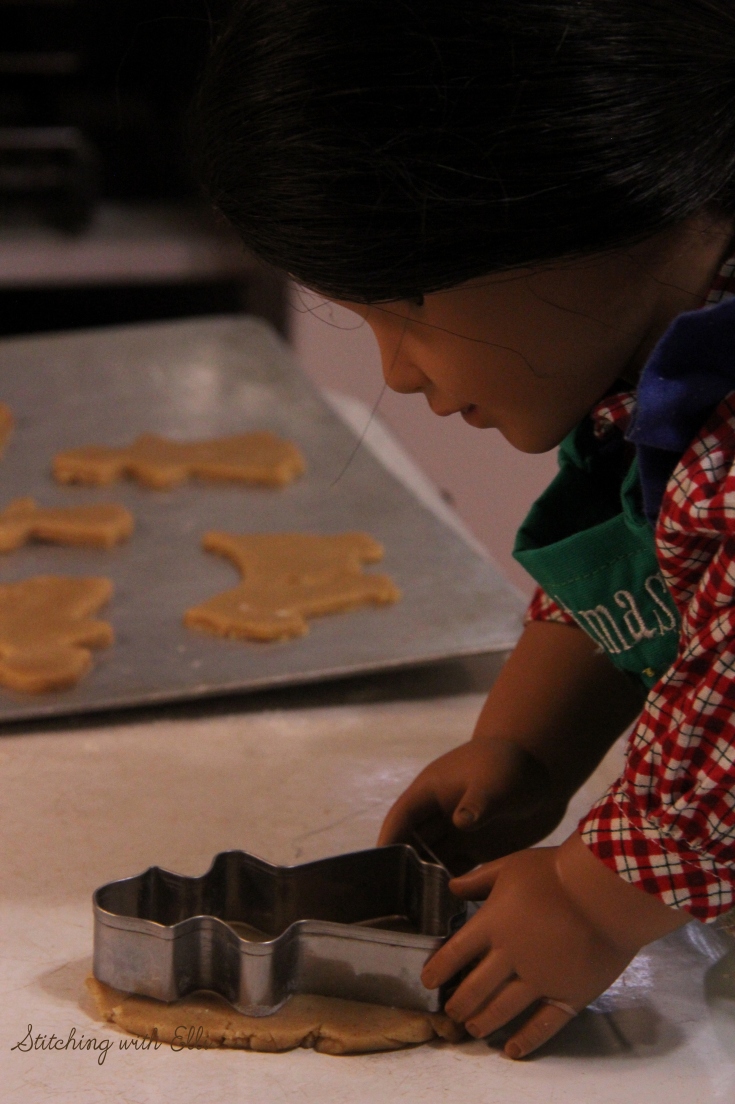 “Are we done yet?” asked Nellie after a while.  “Ellen says we need to get this cookies packed up and sent to Emily’s brother who is in the military and  overseas this Christmas.

“Almost! Tell Ellen I’ll have these cookies finished and ready for packing in about 30 minutes.” Josefina answered.

But more about that later……. 🙂

Do you make cut out Christmas cookies? Do you decorate them? we usually make pepparkakors every year, but we don’t decorate them with icing.