I finished Bonnie’s dress  Monday, and then Tuesday we all went off to the farm for the day. The dolls wanted to see the animals. So Bonnie wants to show you her dress and let you see a part of their day! 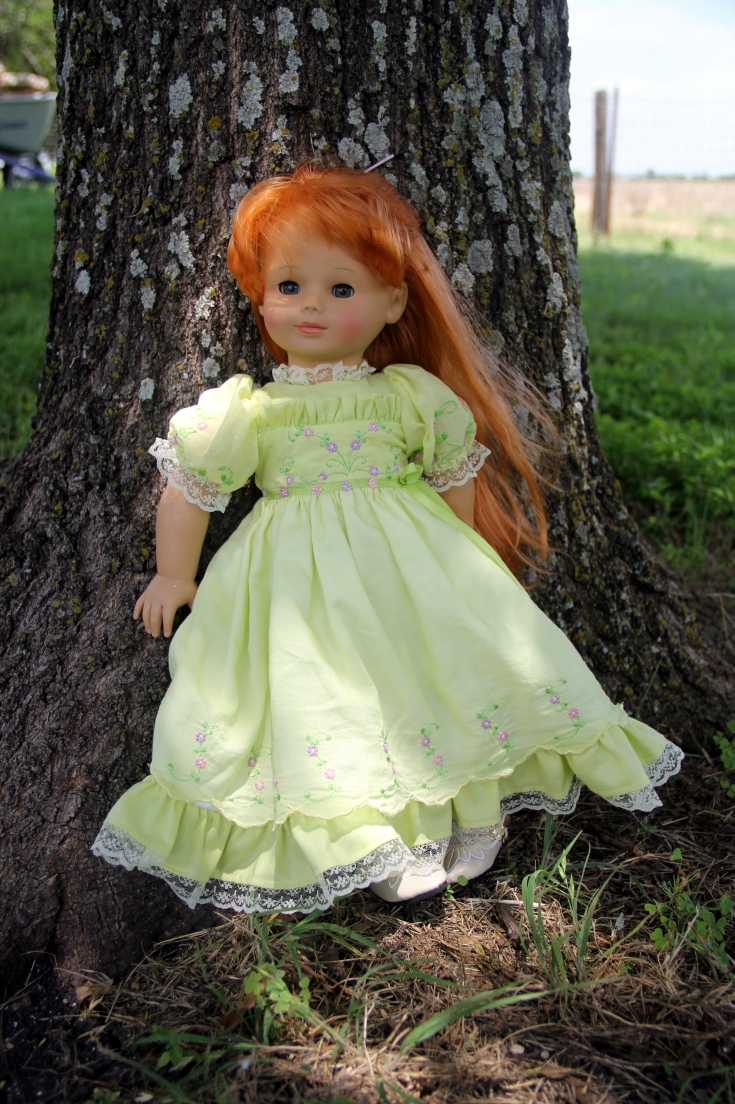 She was so excited to have a dress to match Josefina and Janette. The wind was blowing and she liked the way it made her skirt look so fluffy.

But then she said she was ready to go see the goats! I must admit I was too. Goats are just so adorable!

Here is the fence…. but where are the goats? 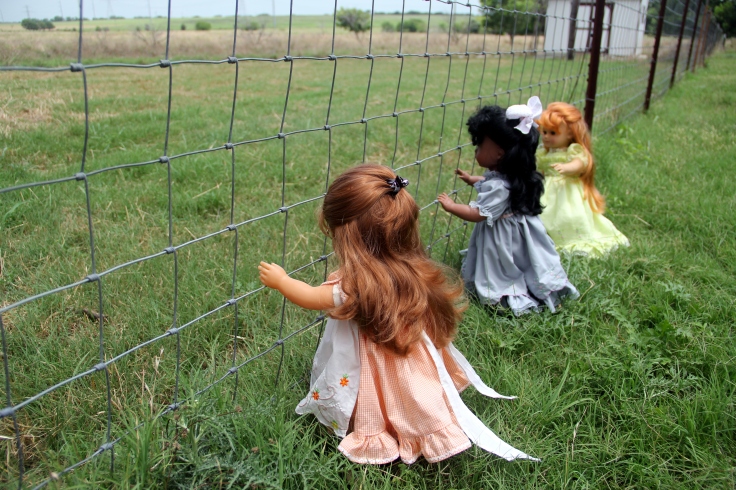 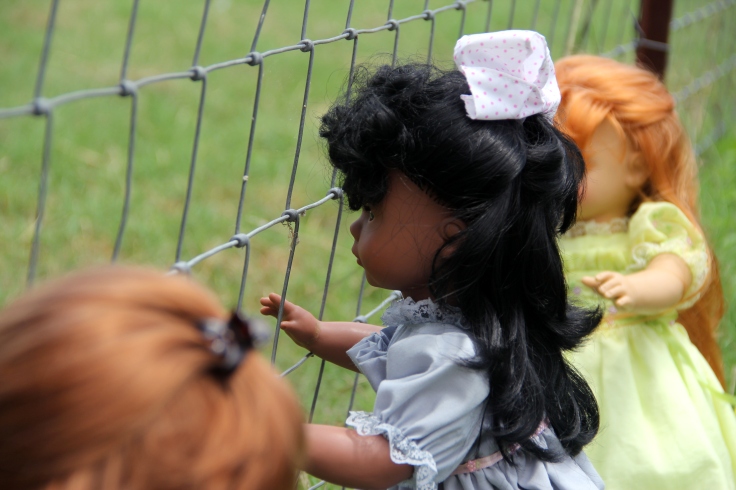 “OOO here they come!” All the dolls squealed.

“Aww their noses are so soft!” Bonnie cooed.

“Ah Help!” squeaked Ellen, as she fell over backward trying to get her skirt back from the curious goat that was chewing on it 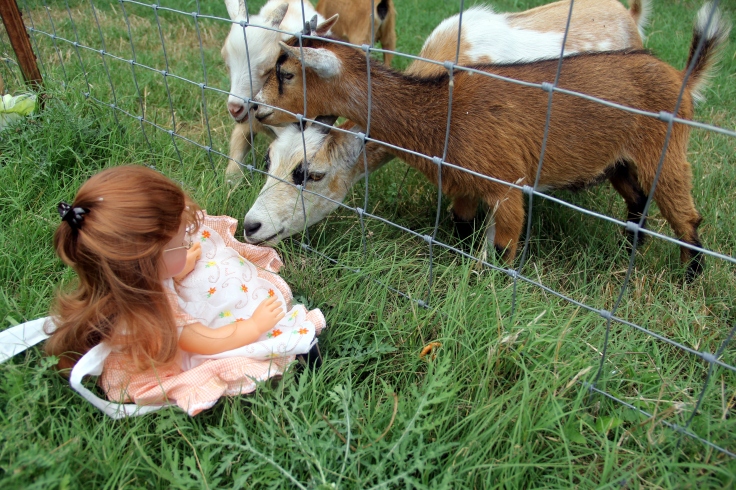 After seeing that Janette wasn’t so sure she wanted to pet the goats….

“They really are sweet, just pet them gently on the nose.” Bonnie tried to reassure the others. 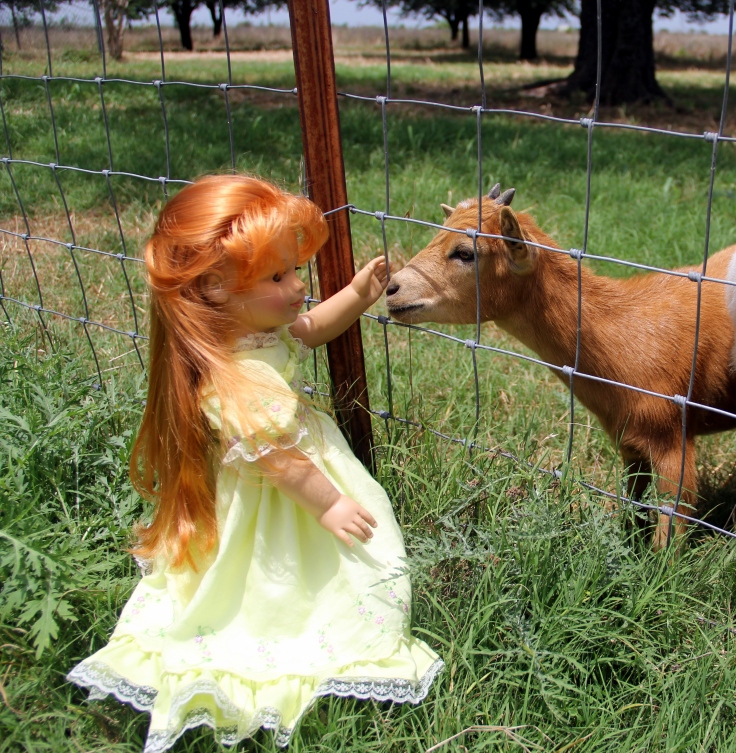 Ellen decided to give it another try. But Janette said she would just watch. 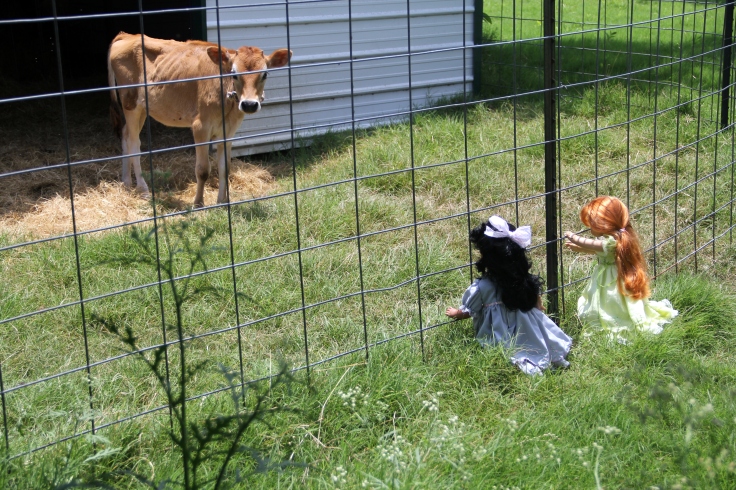 I must agree with Janette. Jersey calves and cows are about the prettiest cows I’ve ever seen. 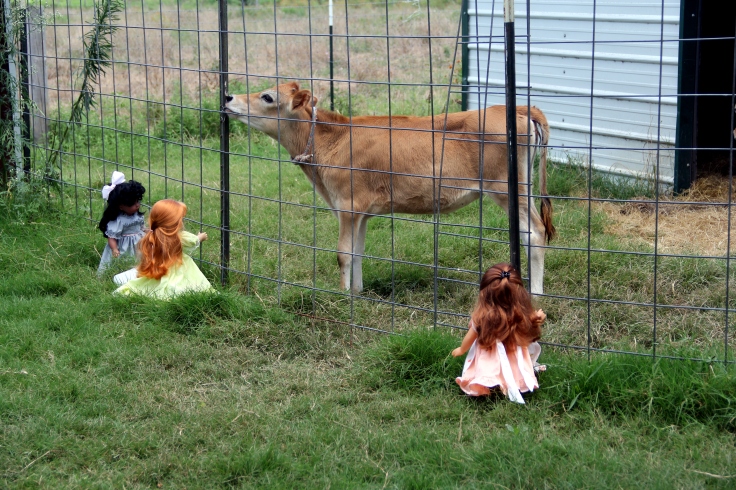 Janette still wasn’t sure about this whole thing. She was starting to think she just really wasn’t a country doll. These animals were really big! It was kind of unnerving.

Bonnie and Ellen were sure they liked the goats and cows though. They were trying to get me to buy a goat for them. They had all sorts of grand ideas like goat cart rides….and riding goats… 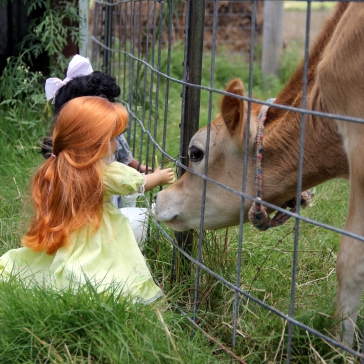 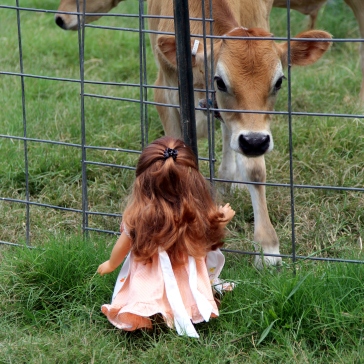 In the mean time Josefina and Felicity had stayed in the house because they wanted to see the dogs and the bunnies. 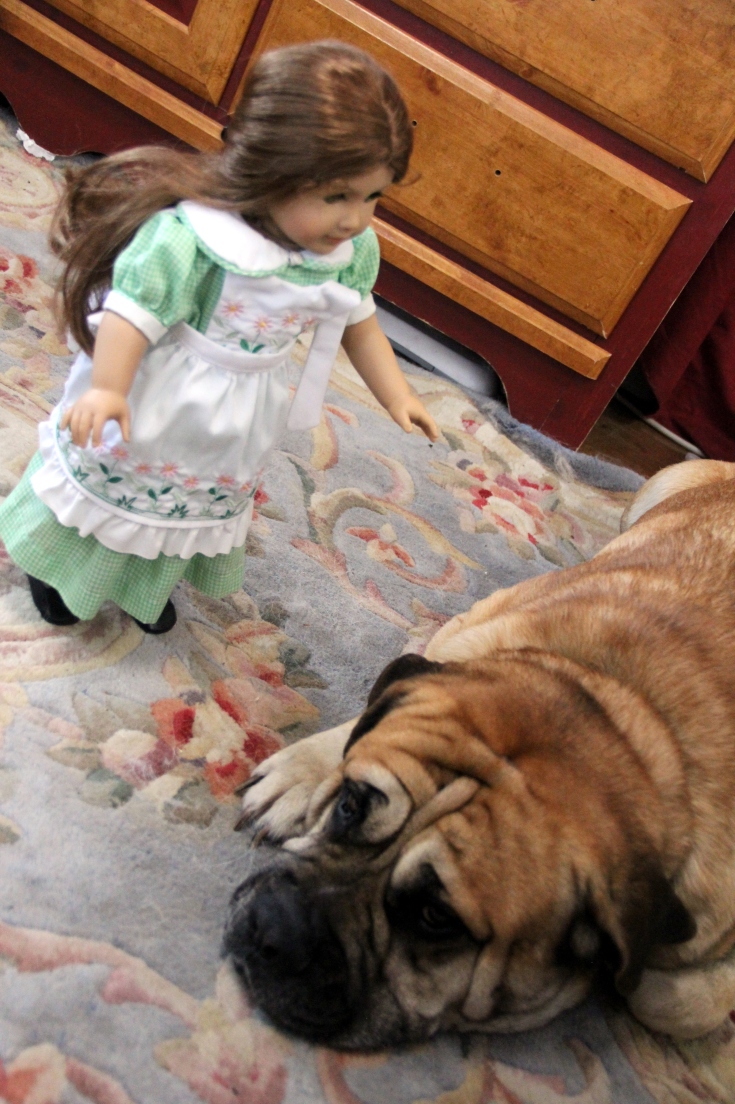 The dogs didn’t want to have much to do with them, so they tried the bunnies next.

“OOo he is kissing me!” giggled Felicity

“They are so much softer than I thought they would be!” sighed Josefina. ” so soft and cuddly…” 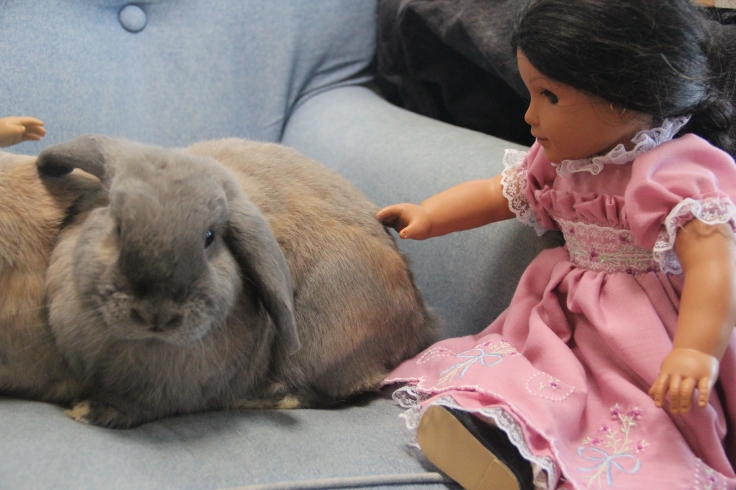 I had a hard time getting them all back in the truck to go home! They wanted to stay on the farm. (well except for Janette 😉 she was ready to go home!) . But we got home safely and this morning I got Bonnie, Josefina and Janette to pose for me in their coordinating dresses. All the dresses were made from the same pattern, but have little detail differences as well as the main colours differences.

Bonnie wanted to show everyone her gorgeous Gladiolas she picked this morning. 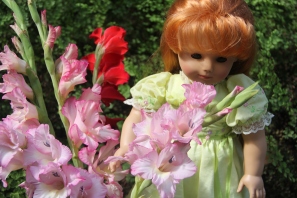 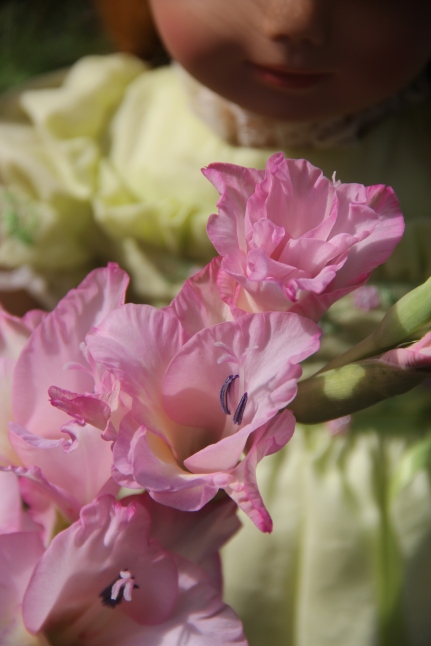 Her dress has stitching on the sleeves to cordinate with the bodice and bottom of the skirt. There is also a hand beaded sash with a bow. Embroidery designs are from the Custom Keepsakes collections. 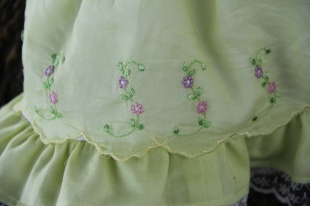 And one last pic because she looks so sweet…

4 thoughts on “Day on the Farm- Do dolls like Goats?”